The South Pole ice core is archived at the National Science Foundation - Ice Core Facility (NSF-ICF) in Denver, CO. Refer to their website for information on how to request ice samples.

The graphic below shows the timeline of major project activities. Science meetings were also held in the fall of 2018 and 2019. See the sections below for a more detailed explanation of the activities that took place each field season. 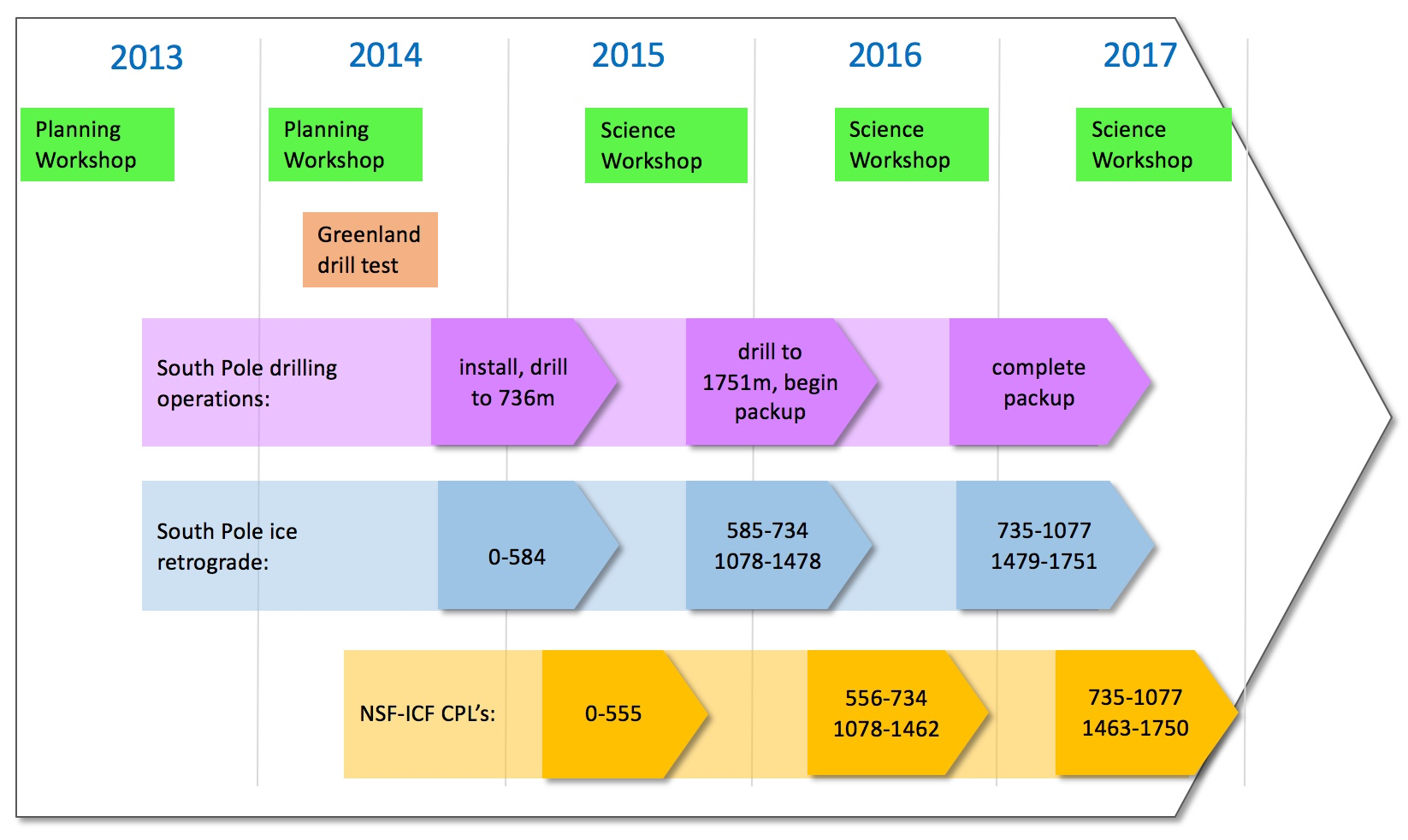 Summary of Drilling and Core Handling Activities at South Pole

1Two people filled the role by each deploying for half of the season.
2Three core handlers deployed with one staying the entire season and two others splitting the season in half.

Summary of Ice Core Shipments to the NSF-ICF

Summary of Core Processing Line (CPL) Activities at the NSF-ICF

This science was funded through the Antarctic Glaciology Program - Office of Polar Programs - National Science Foundation. We thank the U.S. Ice Drilling Program for building the Intermediate Depth Drill and its core handling system and drilling the ice core; the 109th New York Air National Guard for airlift in Antarctica; NSF's Antarctic Infrastructure and Logistics and Antarctic Support Contractors and the members of the South Pole station who facilitated the field operations; and the National Science Foundation Ice Core Facility for ice core processing and archiving.